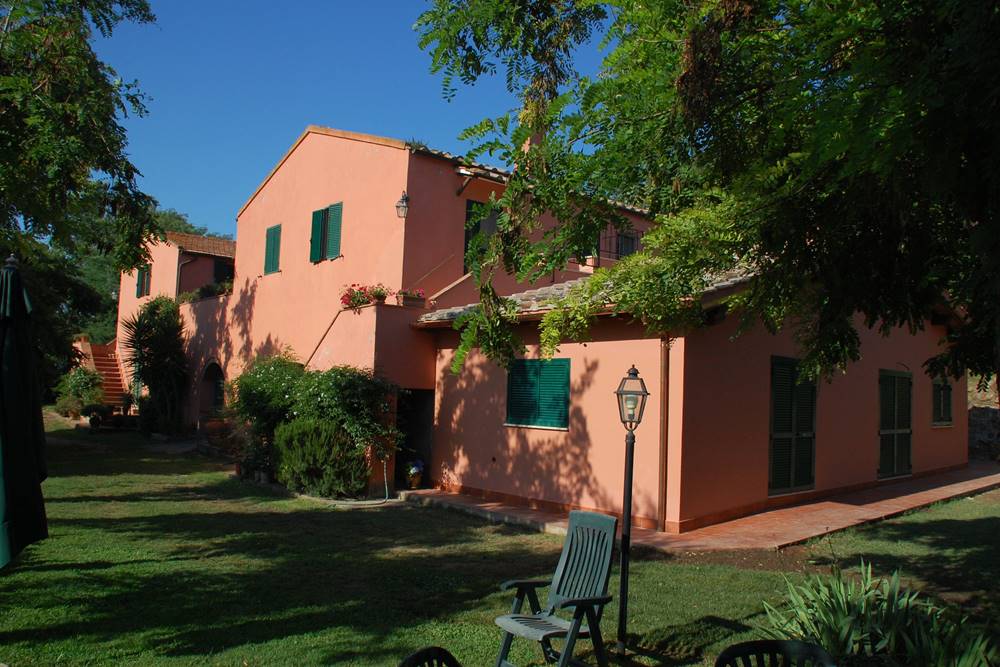 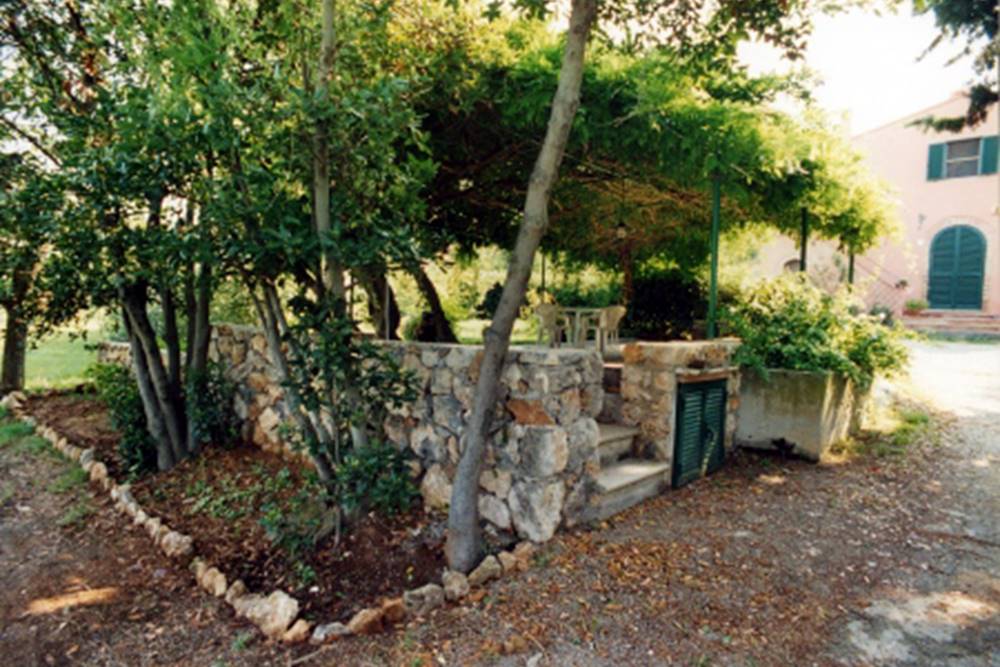 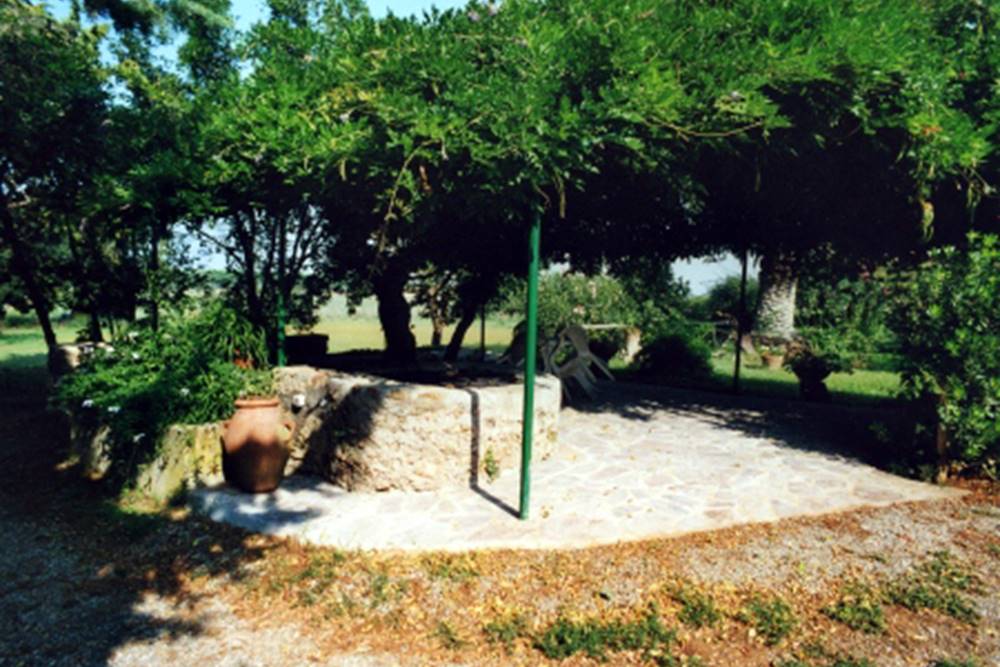 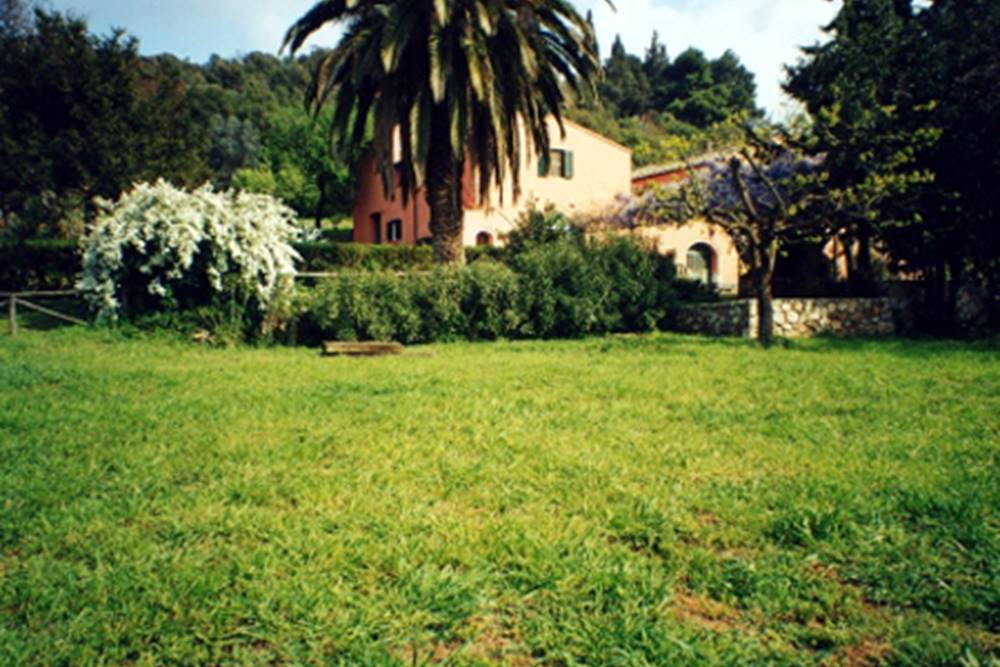 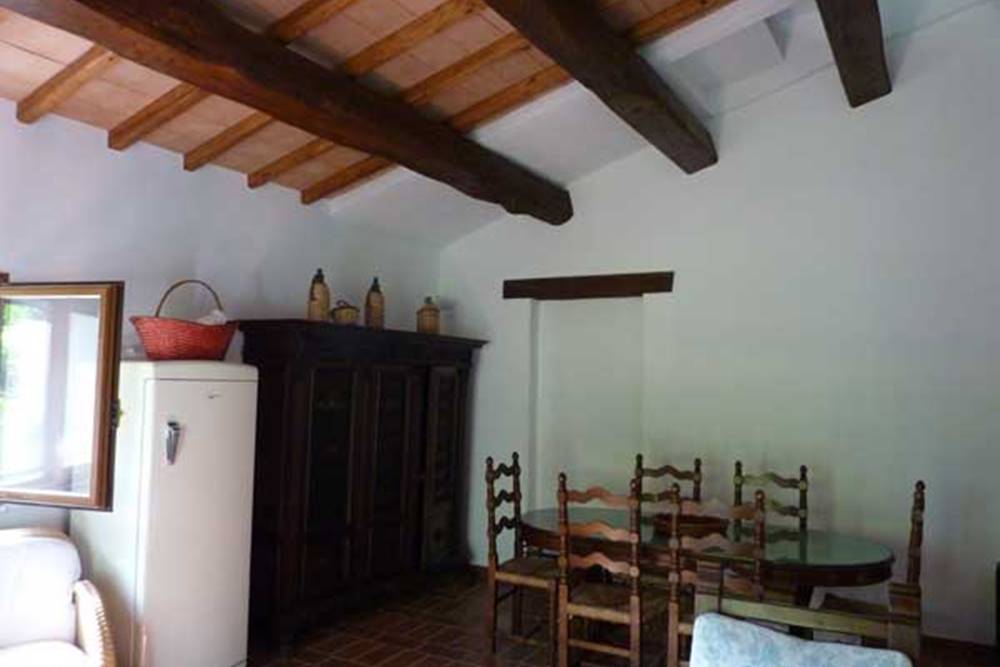 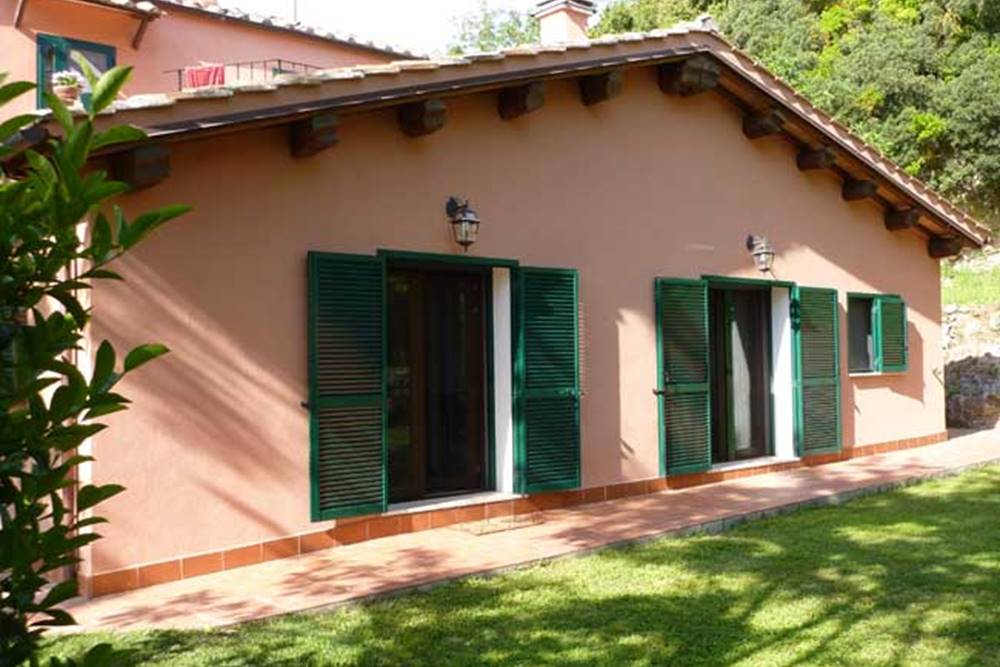 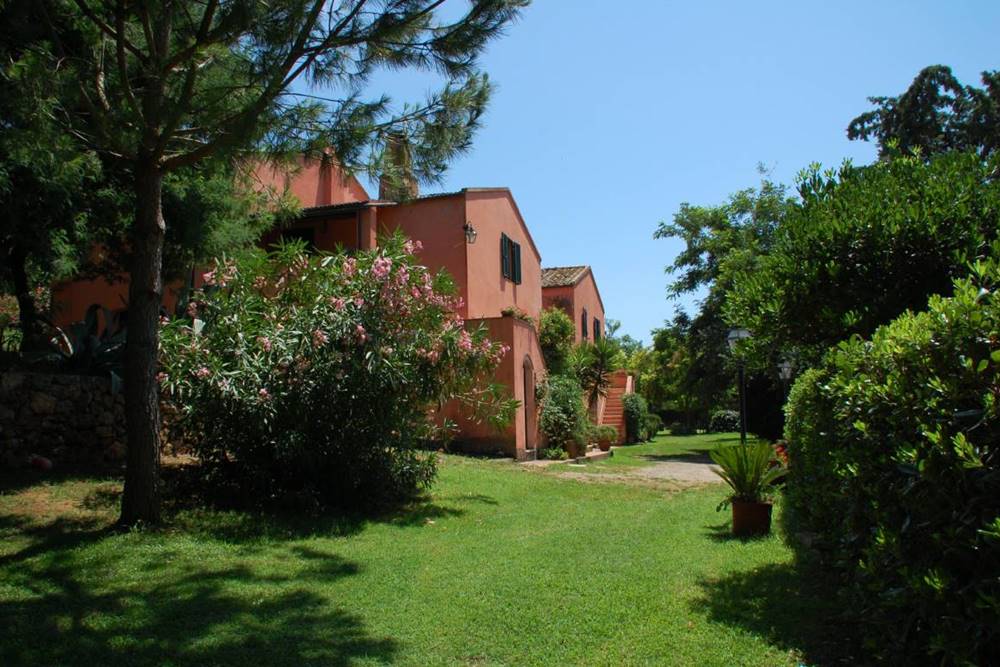 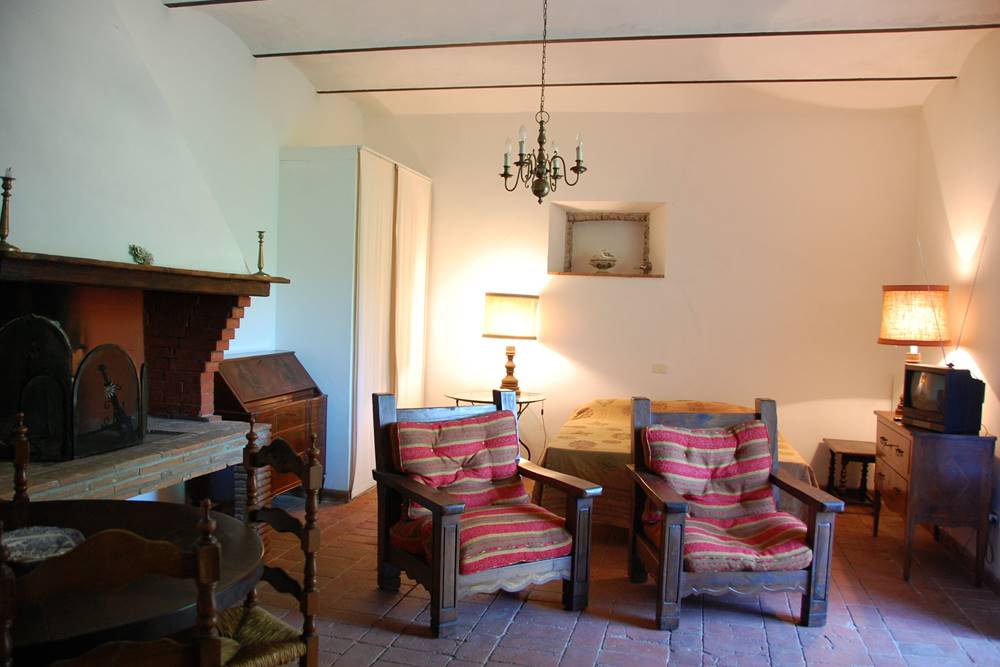 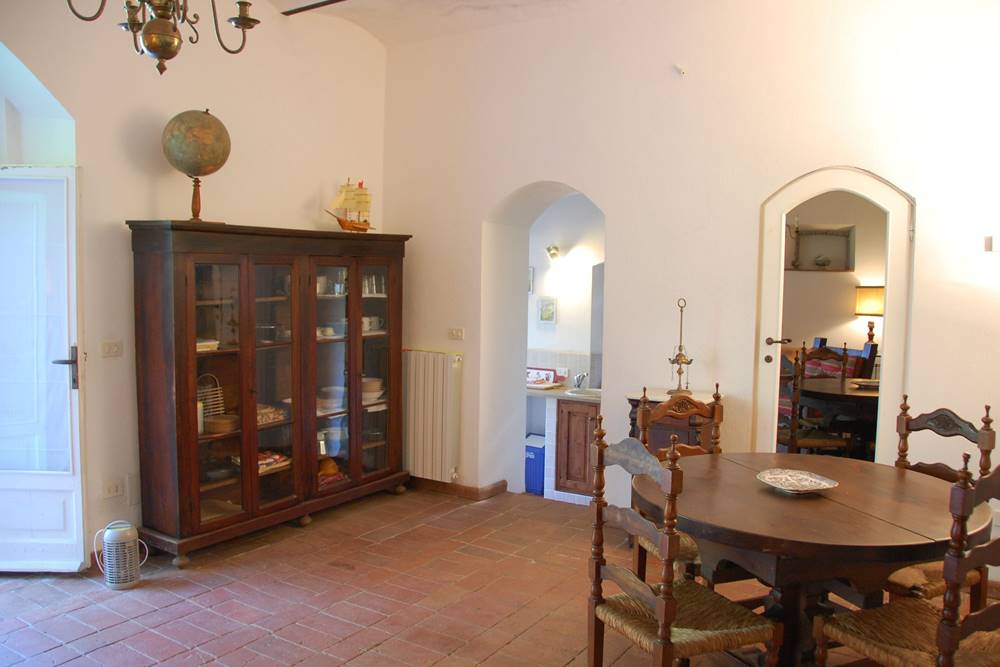 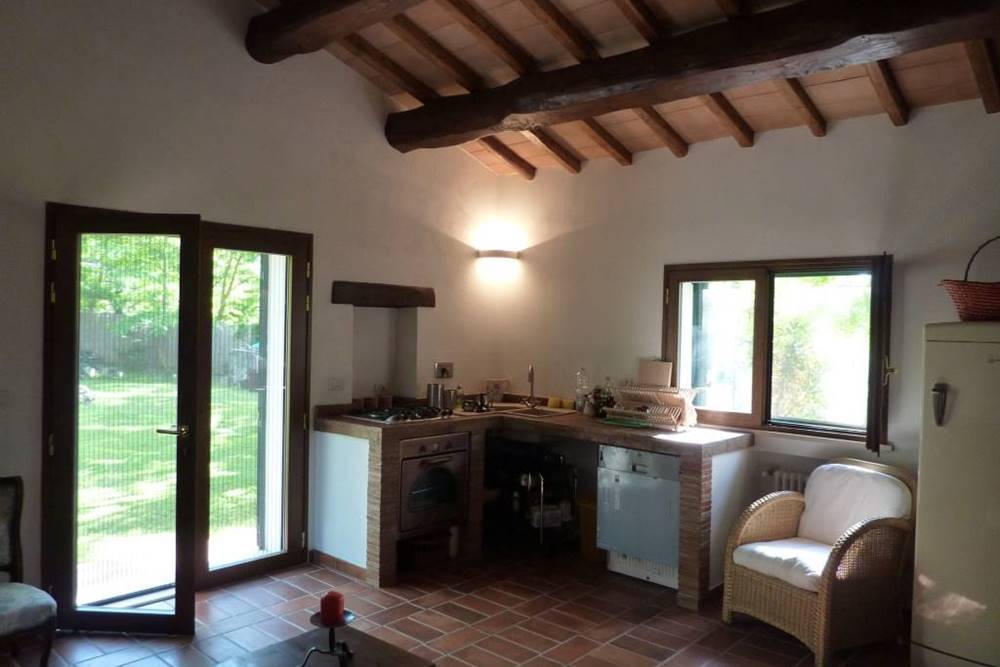 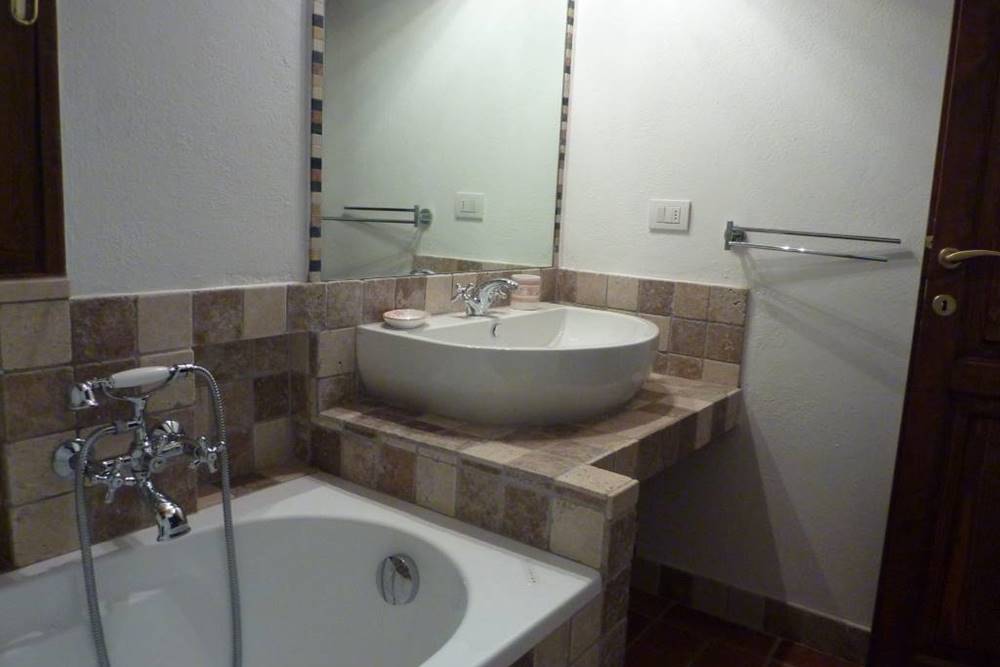 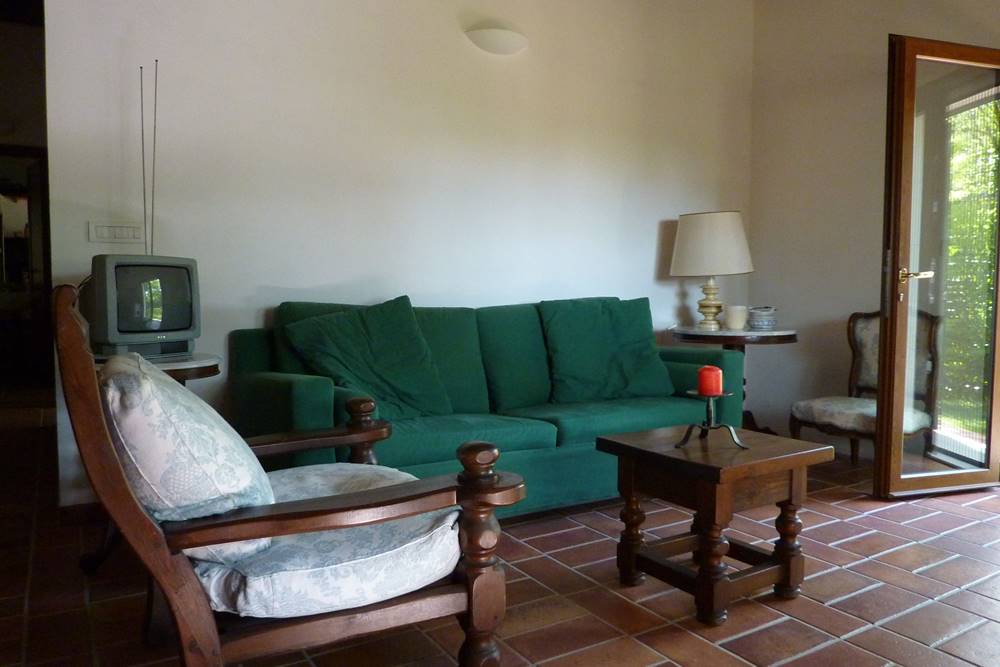 A farmhouse located in the countryside near Orbetello (Grosseto), typical of the Maremma region of Tuscany, ideal for those who wish for a Mediterranean country setting not far from the sea, where there are both sandy beaches and rocky shores.
The apartament which is for rent is fully furnished and consists of one large living room with a fire-place, two double bedrooms two bathrooms with tub and shower, and a kitchen. Linen and towels are provided.
There is a washing machine and a television. For the winter season, there is a central heating system. The house has a large garden and stands on three hectares (30.000 square metres) of land, which consists of an olive orchard, vineyards and fruit trees.
As can be seen from the photograph, the house is made up of two separate wings, each with a separate entrance.